...at one of our favourite places...taking off at Adelaide Airport for our trip to the UK. 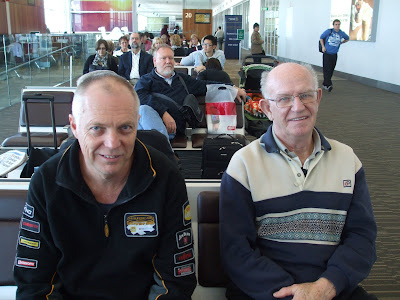 Singapore was our first port of call for a few hours. So while here we went to see the beautiful butterflies in Changi Airport Butterfly Garden. They are rather large to say the least. As you can imagine, very humid. 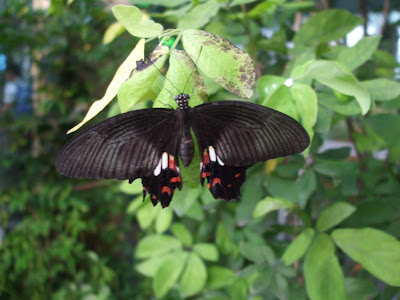 A bit smelly too as they have many of the insect eating plants there and they are very large too! 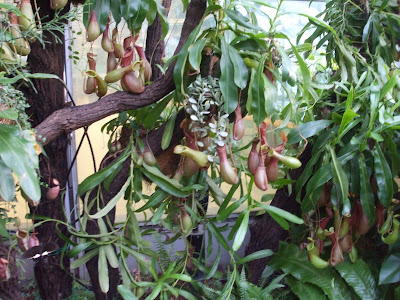 We had a bite to eat in the airport where SW had a raspberry jam donut, had to take a pic and show you all cos he reckons its the best donut he has ever had. 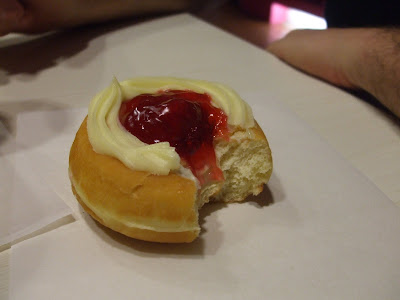 When we began the journey I suggested we have a competition on who would meet up with someone they knew first...guess who won??? Yes, SW...here he is in Changi Airport with Ann from one of our local hardware stores. 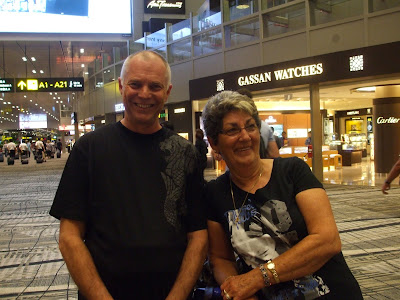 The plants and greenery are rather amazing in the airport. 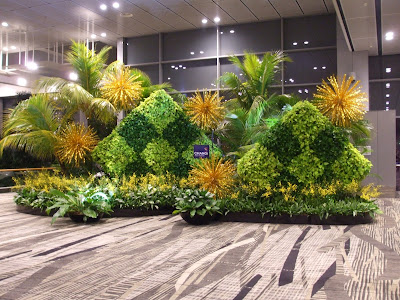 They even have a little indoor Forrest! 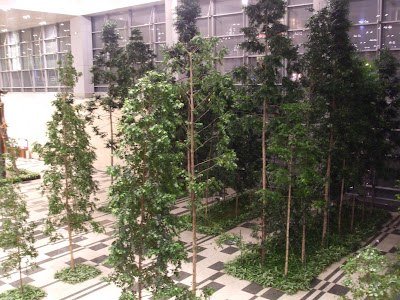 The orchids are fabulous in size and colour, this is one of the pink ones, but they have many green and cream ones on show too. 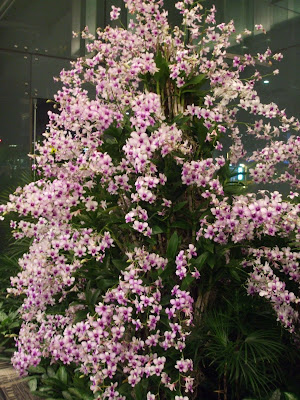 We arrived in South Shields safe and sound and one of the first ports of call was the local Minchellas Ice Creamery. Raspberry sauce is the flavour that they are known for as well as the wonderful creamy ice-cream. 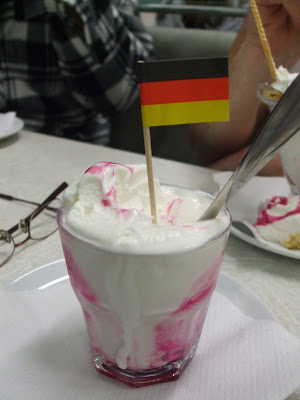 Then it was off to visit with one of the relies and meet Alfie, the 2nd newest in the SW side of the family. You can see he was rather happy with his 'woof' that we took him. LOL 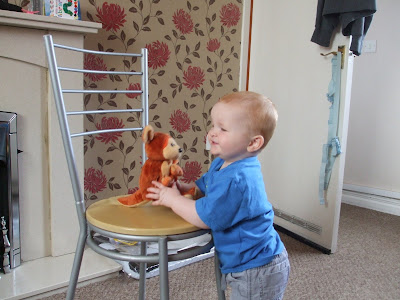 We then took a drive down to the sea front to view the Wouldhave Lifeboat. This is said to be the first life boat to be invented. 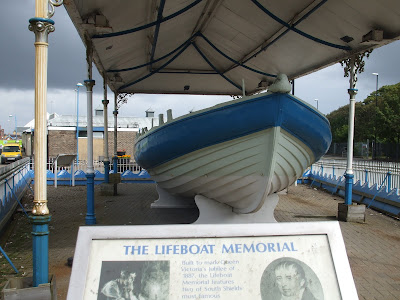 Bonnie Scotland was the next port of call. The border between England and Scotland and what beautiful weather! 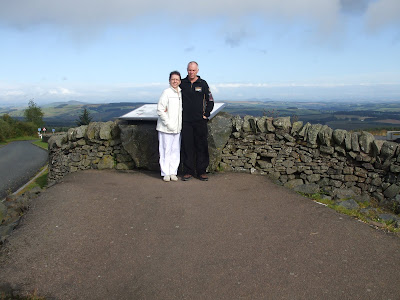 Blair Athol, Scotland was a must for a stop - being the Bells Whiskey Distillery. Unfortunately we missed the tour so went on to Dalwhinnie instead. Not a whiskey that I enjoyed, too bitey. 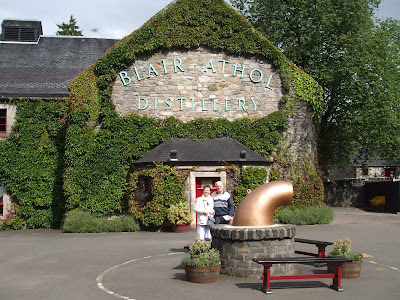 We decided to head up to John O'Groats and stopped at a place called Brora near Inverness. Indian was the order of the day for dinner....and just to prove that Dad ate it, I took this pic! What fantastic Indian though, the best we have ever had. 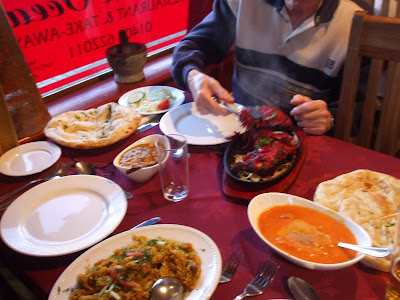 This was the first B&B on the trip at Brora. Built in 1828 by a man who apparently was from Adelaide. The owners are in their late 70's and keep a wonderful place and fab breaky too!! 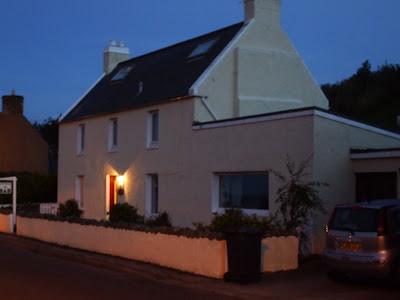 We took a trip over to the Orkneys on a ..... yes .... ferry! The Orkneys played a large part in both world wars and there is a lot of history around the place including many sunken ships. 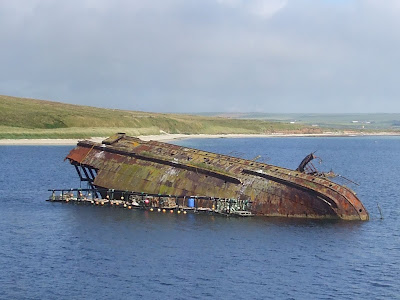 On Mainland, Orkney we visited a cathedral in Kirkwall. This cathedral was built by the vikings many hundreds of years ago. It belonged and still belongs to the people and is non-denominational therefor it survived the reformation of Cromwell and his men. A very interesting place with beautiful floor tiles.....I think I feel a Celtic Quilt coming on!!! 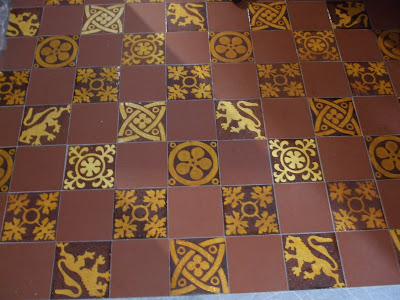 Orkney is a very old place, Neolithic ruins all around, so it was on the cards that other strange things would be here. As opposed to crop circles there were crop lines and just outside the area was a strange looking creature...some thought it was alien in manner but it turned out to be one of the local goats!!! 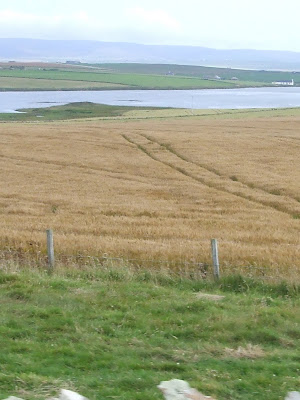 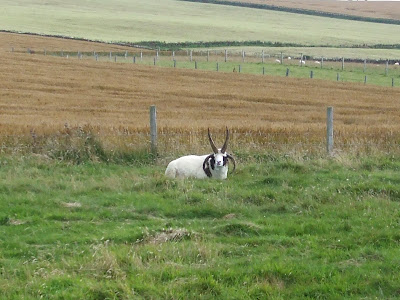 Dad and Dave on Orkney. 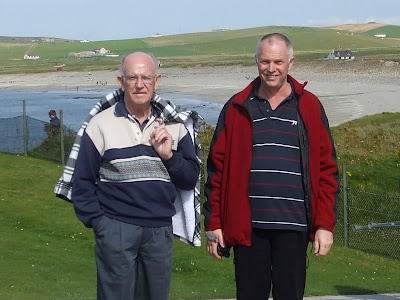 We went on a visit around Skara Brae very interesting place to visit indeed. There is a large mansion called Skaill House that is on the site which was inhabited by the laird of the area.
Of course wherever we go there seems to be something small that catches our eyes! This stone cathedral was inside the bedroom at Skaill House. 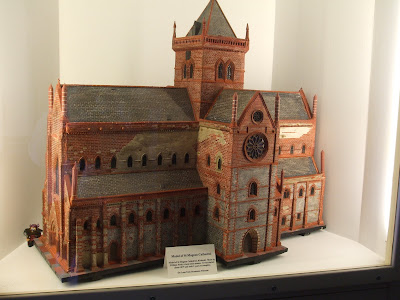 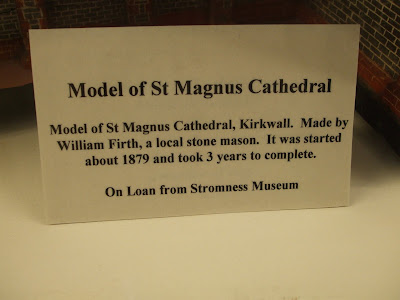 Beautiful pink heather on the hills of Orkney. 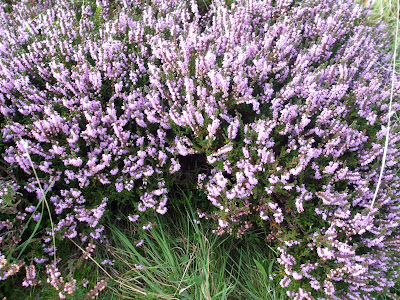 One of the mysterys on the Orkneys, the Ring of Brodgar. There are many stones in this ring but no one really knows why as each stone is from either a different island or area of the Orkneys than where they are placed. I think it could be a sister city to Stonehenge! But bearing in mind that this area is Neolithic - so a very old area of settlement. 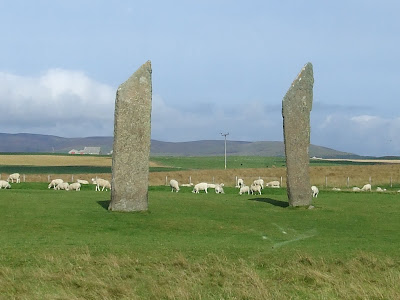 Dad and Dave at John O'Groats - the furthers north point in mainland Britain. On our way back from the Orkney Islands. 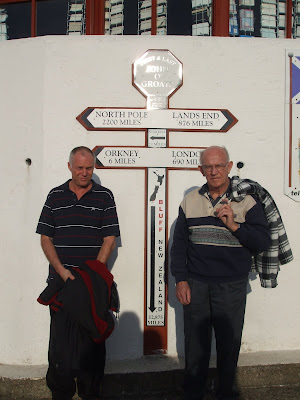 Time now to head off back down to the south part of Scotland but this time over on the west coast. On the way we went for a cruise on Loch Ness, there were some monsters about - one was sitting opposite me on the boat :) I think this might be a shadow of Nessie - but I think she was too shy to come and say hello :))) 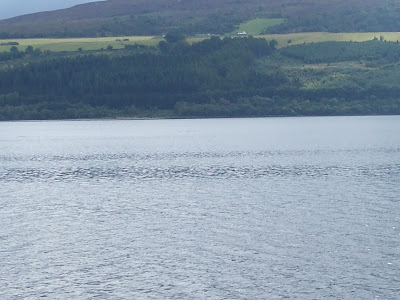 This is Urquhart Castle on the banks of Loch Ness. Built in the 17th Century. 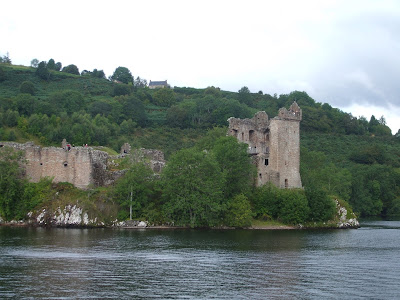 Some of the scenery driving through the Ben Nevis area of Scotland - as you can see the weather is superb! as is the scenery. 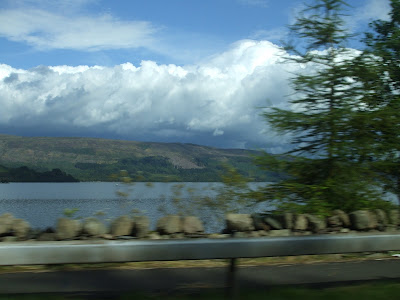 Have arrived in Leswalt! On a previous visit to the lovely part of Scotland to visit friends, we brought a little 1/24th scale victorian for Flo (you will see her face in a previous post from 2008) Well, Flo has been busy making furniture and decorating her house as you will see below. 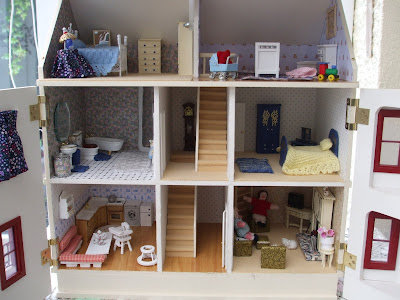 Well, thats all for now till the next installment!

Lovely photos Val, thanks for sharing. It's all so fascinating!

Oh Val - what a wonderful tour! I am exhausted just reading where you have been....looks like you are having a fab time! Makes me want borrow some money on my house and fly away for a holiday.....but instead I am busy finishing quilts ready for you when you get back! LOL Keep posting.....so I can "travel" with you!

Duhhhh..have been visiting FB every day didnt realise you were posting on here !!anyway glad to see that you are all having a lovely time & that the weather is being nice to you ...all well here had quilting today...very good day weather here is looking more spring like....look forward to the next post hugs xxxxx

Hi! Greetings from Finland! The photos are very interesting! Very happy to see them!