...were quite close at hand and easy to get to! We finally tracked down my dads brother, John, and paid him a visit. My dad is not a big man, but uncle John is very small! 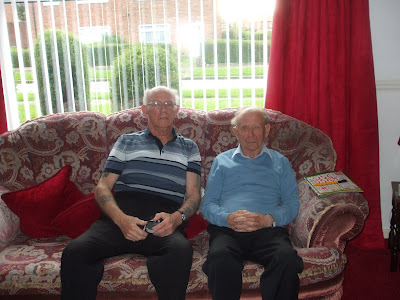 We took a trip to Whitby, which is about 1 or so hours down the coast from where we are staying in the North East. Beautiful seaside resort, had the BEST fish & chips there! (Cod, fresh, yum!!!) Most of the streets in the main part of Whitby are old and as they were pretty much when they were built (except for electricity and running water I would say) This was one of them and thought it was really cute. 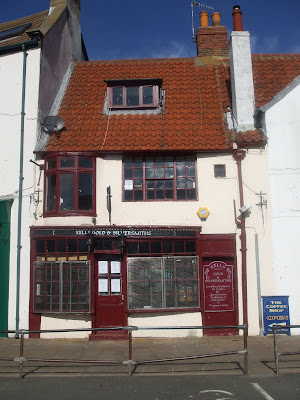 This red building is where Captain Cook lived while doing his apprenticeship. 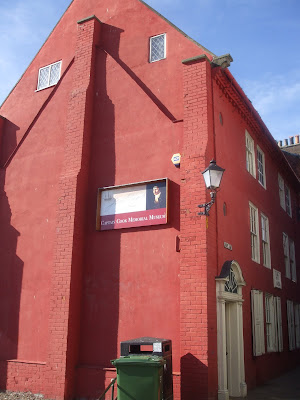 We walked up to Whitby Abbey, this is the view of the beach and surrounding countryside. 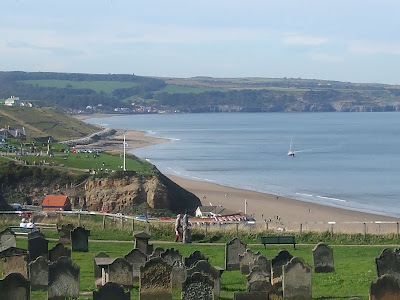 Whitby Abbey, some of the gravestones can not be read, but we found a few that dated back to the late 17oo's. 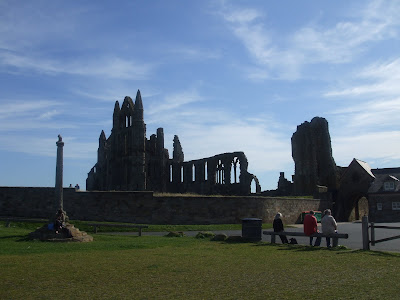 This is John Freeman who has been painting for many years and does the most wonderful pictures of the Whitby area. 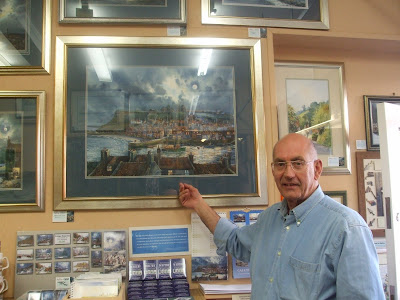 Another of the streets of Whitby. 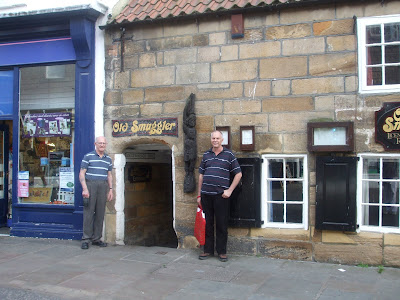 You certainly would not need be tall to live here comfortably!!! 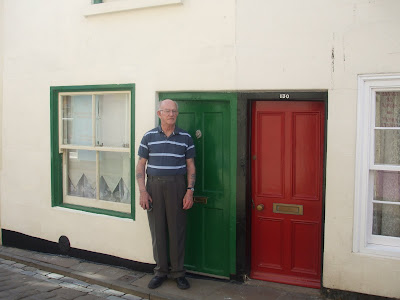 On the way home we stopped at Hartlepool and were crossing the road when this unfortunate chap lost his rear wheel! It missed us by seconds!!! Someone had loosened his wheel nuts in the car park of McDonald's just minutes before. Very lucky no one was hurt. 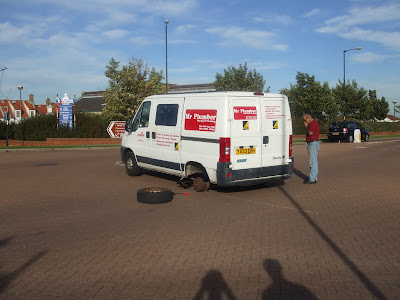 Next day was a beautiful day of 24oC (the locals didn't like the 'heat' tho), so we took a trip to the local beach and Marsden Rock. Here I found Beach Henge (LOL) 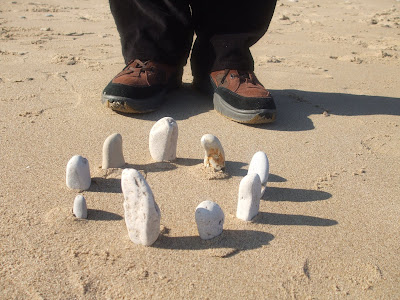 Marsden Rock to the left in the distance and Marsden Grotto on the right. 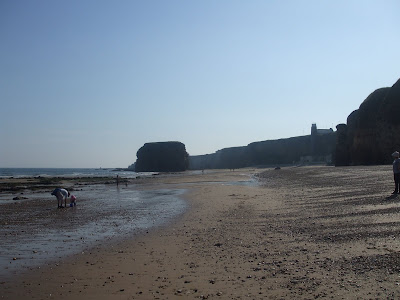 Inside the Grotto. It is an old smugglers lair and has been many things over the years. Now, as it has been for quite a long time, it is a cafe and restaurant. 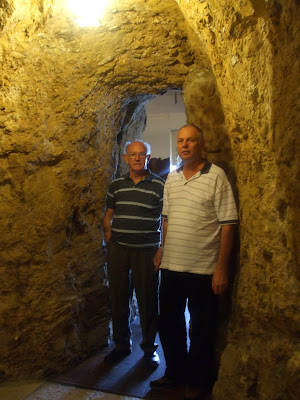 Then it was off to walk the pier at Shields. Alas, it was closed cos there were divers doing their work :( But this is the Little Beach at Shields looking back from the beginning of the pier. 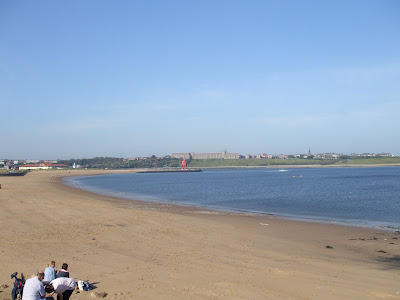 Next day trip was to Cragside. (This pic from the Northumberland Web as I could not get a good one of my own!) It was the home of Lord Armstrong who was a great inventor) 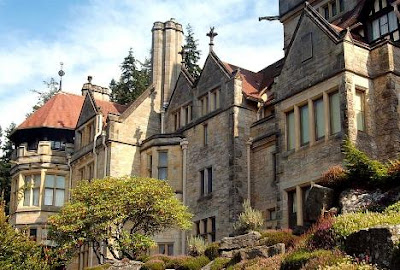 Of course! a miniature house was to be seen inside. 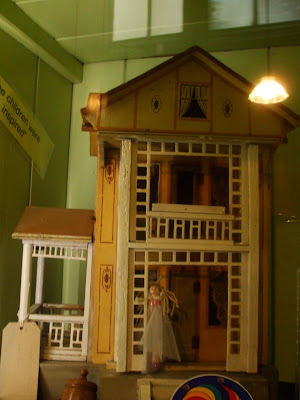 The formal gardens were a delight. 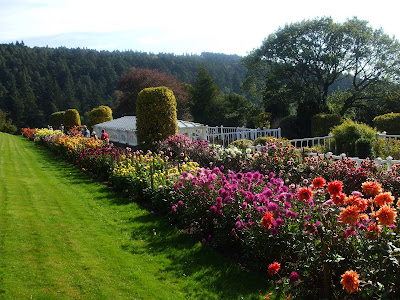 Tiles were the order for some of the hallways. Another quilt coming on??? 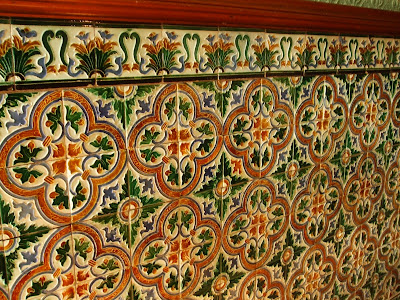 This pic is a little yellow because of the lighting. It is red work on a cream and is very old. 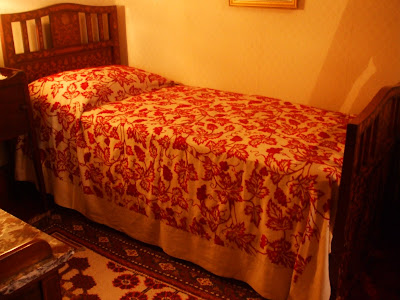 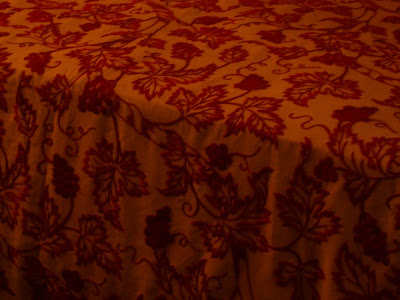 This quilt was made around 1870. It has a fine net over it to keep it together along with a radiator and temperature gauge to keep it at the right temperature. 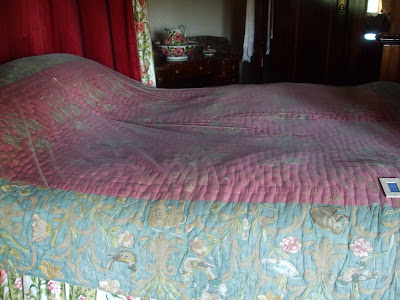 This Grandmothers Flower Garden is made of 100% silk. 95% of the items in Cragside are original to the house. 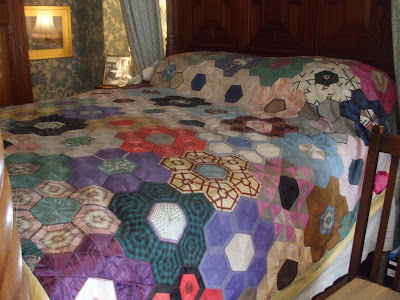 The pool room was as great as all the other rooms in the house. However, you are allowed to play on this table if you wish!!! So Dad and John had a go. 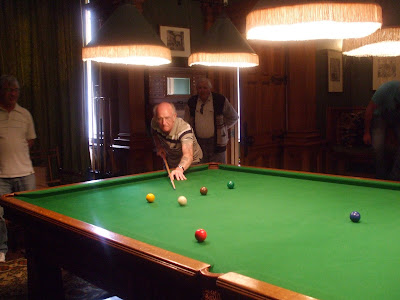 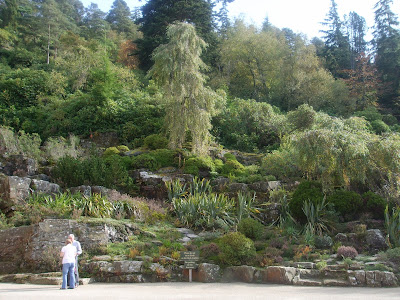 There is a Labyrinth in the gardens which was a pleasant walk around with many carvings on the way. 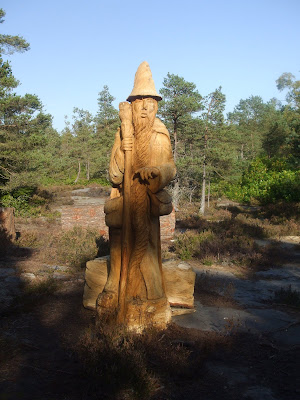 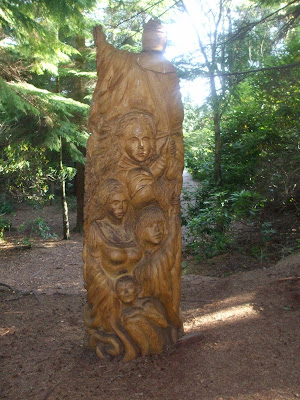 This 'little' toadstool was hanging off one of the trees - it must of been about 10-12'' in diameter. 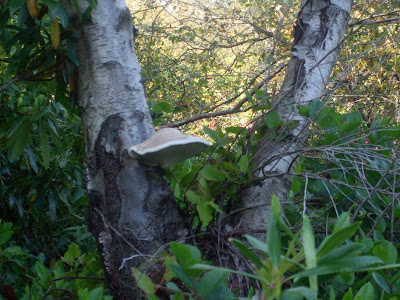 Back at Gloria and Johns and it was breakfast time - little Springer having his bran flake! 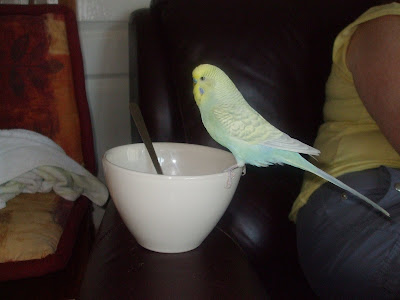 Gloria's mums ashes were to be sprinkled at sea, so we took them up to one of the local beaches at Seaburn. This was an opportunity (?????) to have a plodge in the North Sea....it was a warm day - another 24oC - but the sea was freezing and this is as much as I wanted to get wet! 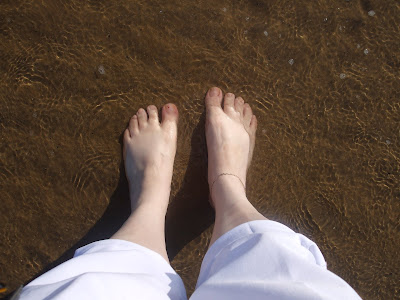 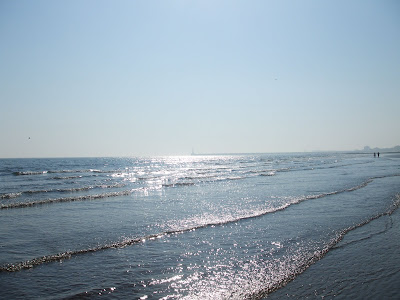 I will leave you for now with the sun glistening on the beach....
Posted by OzRose at 9:19 PM

You've been to 2 of my favorite places. I love Whitby and know it well and I loved Cragside when we visited.

I hope you have enjoyed your trip to the UK!