A month since my last post!!! Well, since then we have had a couple of birthdays in the family...which were all nice ones to celebrate. I have been working for a few days - that's been a nice bit of money before Christmas! And of course one of the highlights that happens every 6 months is the Snobs & Slobs bi-annual getaway to Carracklinga. We celebrated Angela's birthday while we were down there, so I baked a cake and put a candle or two in it for her to blow out. 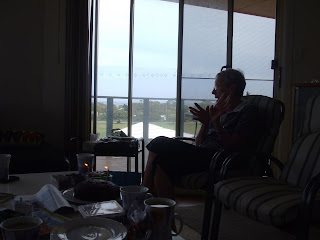 Then we had a lovely dinner to celebrate again that night. 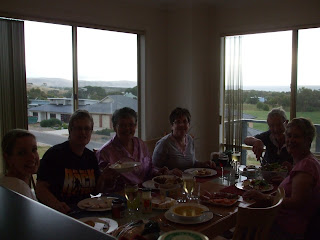 Our friendly family of Magpies came for a visit and feed again. 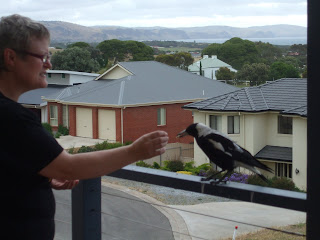 There are some new houses being built up the street so one of the Snobs and one of the Slobs took a stroll in their pj's for a look! 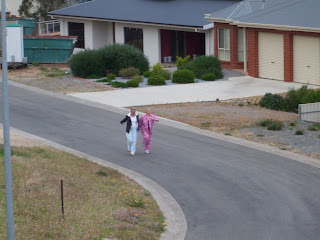 On the menu for the weekend were some very yummy looking dates that were a bit large to fit in the mouth in one bite - as Lynne can attest to... 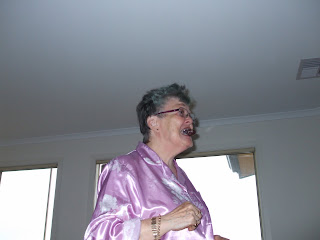 Believe it or not...amongst this madness and mayhem...some sewing did get done by all!!! Kay and Claire did a Cathedral Window each. 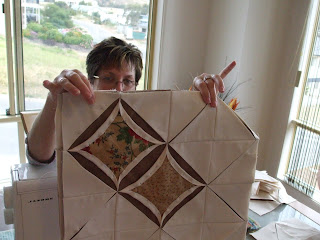 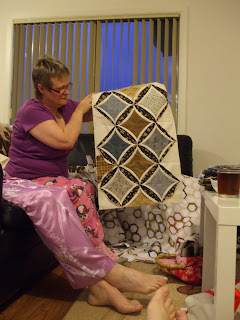 Lorraine did some stitcheries. 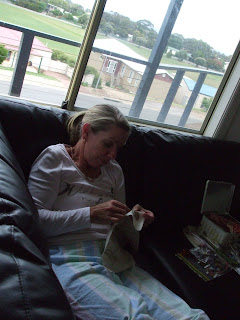 Angela did some hand quilting. 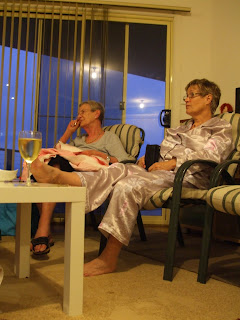 Glenice did her nails!! LOL 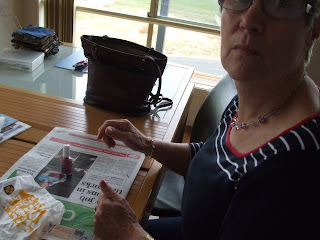 Glenice did do some stitching tho seriously - just didn't get a pic of her doing it!!!!
On the way home we stopped in at the Alexandrina Cheese Factory - and Claire had to have a play... 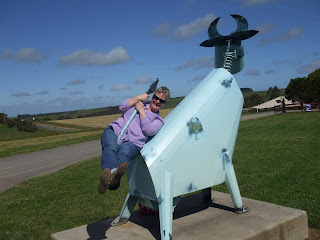 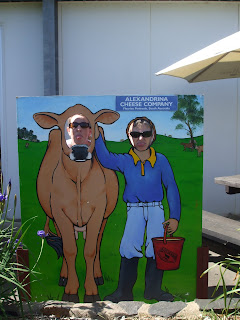 And while we sitting having a drink there, a little Blue Wren popped by the window for a look at the monkeys on display!! 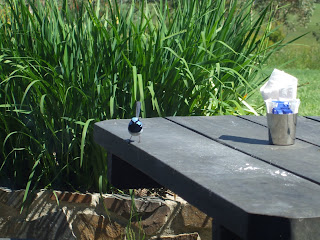 This week we have had some sunshine believe or not! And one of the days allowed my dads cactus to bloom..... shame they only last a day tho :( 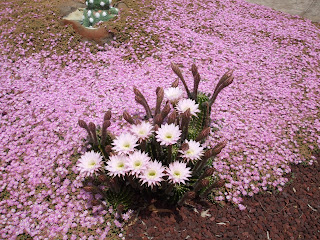 Now the count down starts for Christmas!!!
Posted by OzRose at 11:23 PM

Was a nice weekend roll on May