Well...what a weekend!  Started at 3.30 AM Saturday morning when I awoke to get ready to catch the Red Eye to Sydney.  The offset to this ridiculous time was that my friend Vikki had invited me to go with her - in Business Class and Qantas Club!!!! Wooohooo!!!  Here we are at the crack of dawn in the lounge. 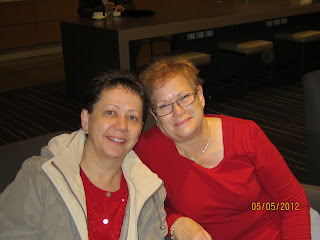 We had a good flight and arrived safe and sound at the Sydney Miniature Fair.  Eager to go - but alas we were one hour early!  Never the less, we managed to find some people to chat to and passed the time away rather quickly.  The whole day was taken up looking at some delightful 'bits and pieces' for our hobby.  Here are some of the things I purchased. 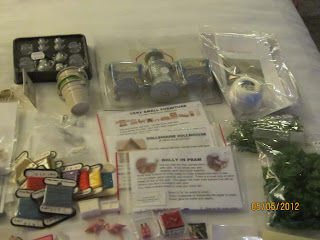 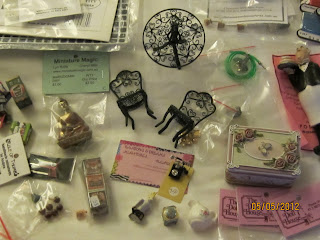 There were a couple of men doing a demonstration on painting little people and making scenes out of real plants and trees.  FAB work!!! 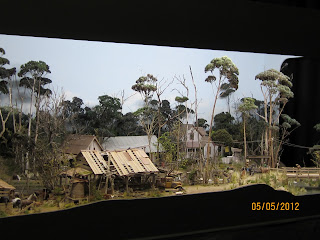 One of the chaps also makes houses that are pretty special - totally out of card.  I must say it was a pleasure to see such detailed and defined work. 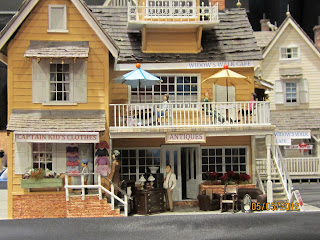 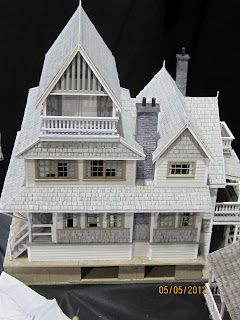 The display was magic with several of the New South Wales clubs putting their work on display.   The items on display were varied and interesting and very well done.  This scene was the first in a calender display - this one being January! 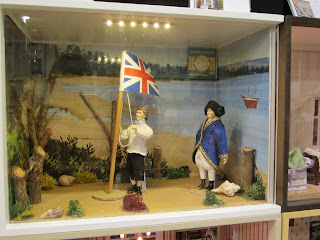 And at the end of the calender - December. 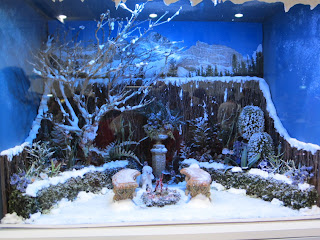 The sizes on display varied from 1/12th to 144th and everything in between.  This little A frame house was rather cute. 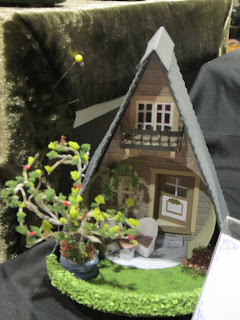 As was this little display of terraced houses. 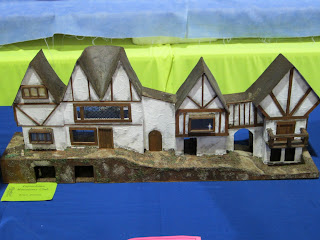 Lovely piece of furniture here - with four floors on display. 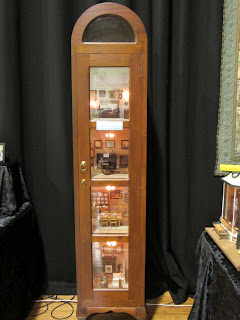 The bedroom from the display unit above. 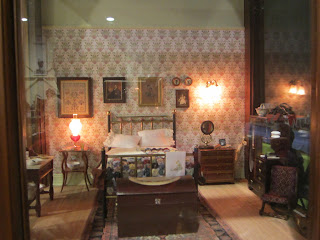 This next piece took my fancy also - a biscuit tin! 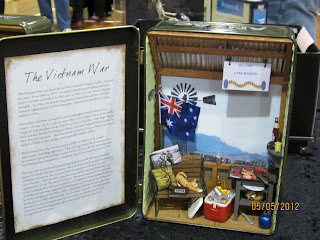 One of the traders let me take some pics of her display.  Most fab work to say the least!!! 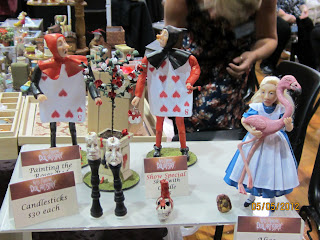 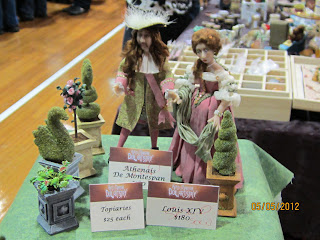 And course where would I go without finding a quilt somewhere????  Isnt it wonderful?! 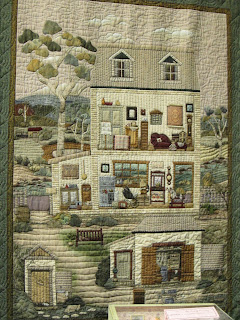 The next pic is not a miniature, but a building that was outside our hotel - would make a wonderful miniature though :) 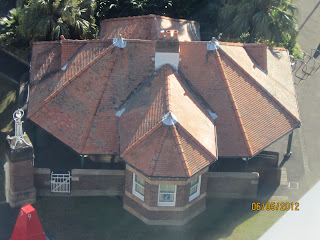 The view from our lovely hotel room. 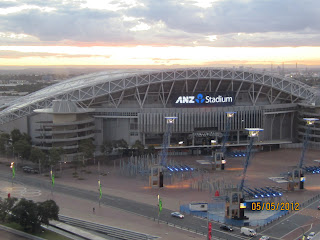 We had a wonderful night last night in the hotel - Vikki's family came for tea and a visit and it was a scream - what a 4 year old says at the most appropriate moment is priceless - they are the moments when you wish you had a movie camera on hand!

After a good nights sleep we were up and atom and set off for the airport to come home.  Once again lounging in the Qantas Club!  This was the early breakfast that I had - very nice :))) 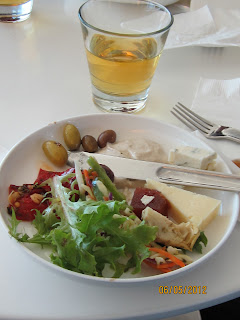 So now its back to reality again! And the week begins tomorrow :))) Hope you all had as good a weekend as I did!  A big thank you to Vikki xx

Wow looks as if you had a great time :) if you want to do a biscuit tin mini I have a heap here :)

I'd get up in the middle of the night for business class. Looks like you had a ball. It all looks so cute. LOVE those doll houses!

Thanks for sharing the pics Val...loved the buscuit tin display and the furniture piece with the four floors....at least if you go to a miniature show and buy up big you are never going to be over the luggage weight limit! well...unless you buy up REALLY big..LOL